The Parish of Eskdale 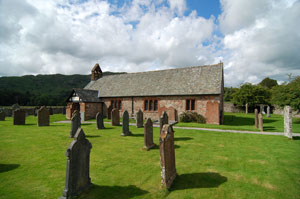 Under the hills next to the River Esk and far from other houses and homes lies Saint Catherines. There has been a place of worship in this place since a seventh century hermit sat by his well and offered Holy Water, Prayer and Healing to all who sought him out. The present Church, rebuilt during the nineteenth century, maintains a simple barn structure and is the home of the people of the valley.

Close to Boot village, The first church was thought to have been founded around 1125 by William Le Meschines of Egremont Castle who also founded Calder Abbey. The church was restored in 1881 but few records exist of the extent of the rebuilding work. maintains a simple barn structure and is the home of the people of the valley.The font, with its distinctive St Catherine's Wheel and pagan marigold motifs, and the East Window date from the 14th century, while one of the bells, the treble, was originally cast in 1445. 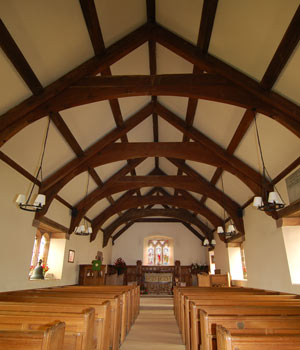 The service times are likely to change over the coming months so please contact the vicar or check the church website, which is here